It seems that I am taking Journeys during my massages and yesterday was no different!

I found myself in the Cave where I often set the Goddess Table; where we Gathered around the Cherry Crystal Table; where the Ancestors joined us in the thousands and there was a Place for Everyone.

Yes, we were Gathered there and from the depths of the Cave, Ancestors arrived and took each of us by Hand and led us down a Moistened Path to a wide open Room.

Our Guides stood along side of us~~hundreds of us~~and Encouraged us to stand and look around us. You see as Women, we tend to not Drink in our Surroundings.

Along the Wall were small Waterfalls. Each with a name:

As we Looked all around us; our Eyes went Skyward and above us were the Ancestors and all the Goddesses. And from them Poured the Waters from their Eyes and their Hearts!

Faeries arrived in all their Glory; each of us having our own Faery to Tend to us.

She first removed our old Clothing; Some of us Willing gave the Clothing up, Some Fought to keep their Clothing, Some reluctantly gave up parts but fought to keep other pieces. But eventually Each Sister stood Naked in the Womb of the Cave. No one was Forced, and Time Stood Still as Each Sister was Given the Time and Space to Let the Process happen!

The Faeries then took Buckets and filled them with the Flowing Waters, now Washing our Bodies. Again, some of us were Open and Ready while others were embarrassed and tried to cover themselves and stop the washing. Each of us responded in a Different and Unique way to this Caretaking.

Some of us Withdrew, hiding in the Corners that did not exist as this was a totally Round Room, but Search they did for a Place where they could become Invisible. Their Faery followed them and in that Dark and Hidden place they Continued to Wash them. Never Forcing, always Patient, always Kind!

What I realized was that this Washing was NOT because we were Dirty, but it was to begin Opening our very Pores to Receive that which we Thirst for.

Soon, the Faeries left and we were there in the Room with the Water Falling from the Eyes and Hearts of the Ancestors and Goddesses.

From another Path, Elves began to arrive. Tall and stately with long hair glistening with Sparkles, they walked slowly up to each of us carrying Beautiful Gowns of Gold and Silver threads. They placed a Gown on each of us. Again, some of us almost grabbed the Gowns wanting to Wrap ourSelves in the Delicious material; others continued to look for their own Clothing, and still others did not want to come out of the Shadows. But each of us were finally clothed in the Beautiful Gown chosen just for us! Never being Forced or Hurried.

The Faeries arrived, each carrying a Crown of Jewels. As mine was placed on my head I realized that it was not heavy, but was light and airy. Some of us received the Crowns graciously, others tried their best to take theirs off and still others claimed that they did not Deserve all of this. And still others continued to hide in the Shadows but their Crowns still adorned their heads. Not being Forced or Hurried!

Light People arrived and placed in each of our hands a Crystal Goblet. We were then Invited to Drink of the Waters. In time we each filled our Goblets, over and over again, as we were so Thirsty! We drank and drank until we thought we could Drink no More and yet, we continued to Drink.

There in the Womb of the Mother Earth; we Drank from the Waters provided by the Ancestors and the Goddesses! We Drank in Sisterhood! We Filled our Goblets with all that has been Lacking and for which we Thirst for!

Soon, the Ancestors and the Goddesses stopped their Tears and Smiled upon us and Joined us in the Womb of Mom! The Elves and Faery, each in turned stood before us and kissed us on the Forehead!

With the Ancestors and the Goddess we Walked back to the Opening of the Cave where the Cherry Crystal Table awaited us with other nourishment for the Journey Ahead. For you see, we are now Forever Changed. We will Never be the Same. When we leave the Womb of Mom, we can Never Go back to the Way Life was.

Or so we Thought.

There at the Opening back into the World were the Clothes we arrived in.

Some of us Walked Past our Clothing, intentionally leaving Behind that which no Longer Served us; that Which was Increasingly smothering us, chocking us and locking us into the Shame, the Voicelessness, the Abuse, the Pain, the Dis-ease!

Others stopped and gazed upon the Clothing, sensing that leaving it there meant leaving What had been the only Truth we knew.

Others picked through their pile and chose Pieces they were not Ready to leave behind; but they carried them out and did not put them on.

Other Sisters removed the Glistening Robes and the Crown of Jewels and put on all the Clothes they had arrived with.

And it was all OK.

There was no Judgment, there were no Questioning Looks at each other, there was no "Us and Them"~~~~

There was only Sisterhood. Each of us Walking out into the World Changed in Ways Unique to Us.

And our Thirst was Quenched.

And yet there was this Knowing that the closer we got to Returning to our Thirsty Life the harder it would be to Embrace the Waters that Filled us to Overflowing. We have the Awareness that in Order to Live, we must Journey to the Place of Falling Waters. We must Return there Often and with our Sisters. And if we Journey to the Place of the Waters Alone, the Ancestors and the Goddesses, and the Faery and the Elves will be there with us.

For you see Sisters, as much as we think and feel we are Alone~~~~~~

We are Never Alone! 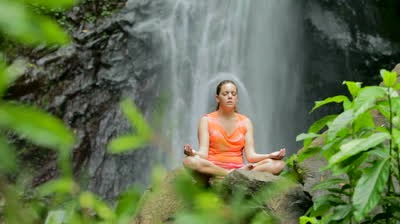 Cinderella, Sleeping Beauty, Hansel and Gretel, and Rapunzel. Just a few of the Stories we Women grew up with. 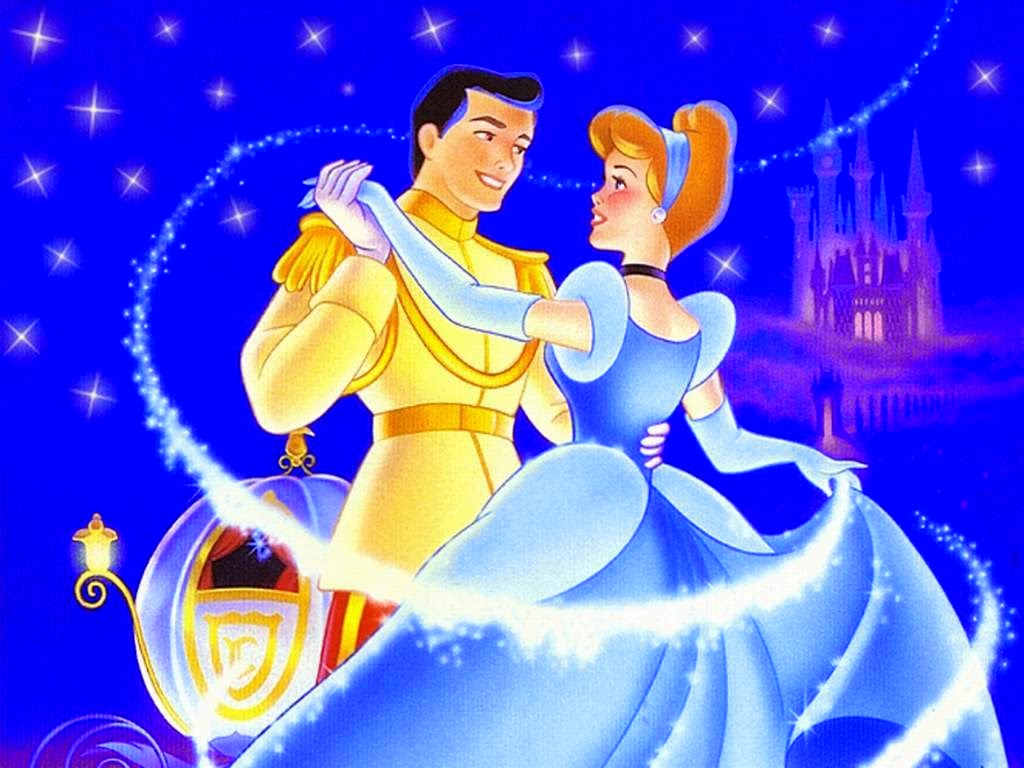 Common theme: Girl/Woman is abused, poisoned, lost and/or trapped. Thus needing a Knight in Shining Armor to RESCUE her from the evils that have been placed upon her. She was too Weak to Rescue HerSelf! 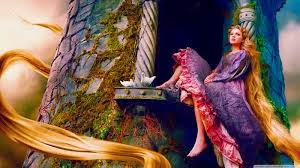 A very dear and close Sister friend of mine is on a Finding My Voice Quest this week. On Monday, she had Enough, packed her bags to head 4 hours to a hotel for the week. She called her husband one hour into the trip to tell him she was doing this. Needless to say he was not a happy camper. The only other two people she told were me and her mother.

You see I Know her Story well. It is the Story of so many of us! Sexually abused as a child, bullied as a teen, verbally, mentally and emotionally abused by her husband and kids. She had lost her Voice, her Control, even her Will to Live. She packed her Bags and left for her Quest this week!

This morning she was telling me what happened yesterday. She was amazed that "all of a sudden" her Women Friends were calling just to check in. "Haven't talked in awhile, so thought I would call and see how you are." None of these women knew she had left on this Quest or even having problems.

You see, the Web of Sisterhood is this Connected! A Sister in Distress sends out into the Sisterhood Web vibrations that Alerts other Sisters on a level that is as deep as our DNA. She shared with each of them what was going on and she received the Love and Support that only Sisters can give one another.

Each one of them asked where she was staying, telling her they would be right there to open a bottle of wine and to help her. She would not tell any of them as she knew they would come. She told these wonderful Sisters that she had to do this on her Own.

And this is what I told her:

When we Rescue OurSelves we are finally and totally in Charge and can never go back to way things were. For you see, at the end of the Day the Knight will always fall off the horse. The Knight will tell lies, will take credit and will place you in bondage just simply because he/she came to the Rescue.

This is the Ultimate Rescue. When we Finally let the Voice come forth that says I will no longer be told to "not tell", "to be silent", "to help at all costs", "to put the Oxygen Mask in the Airplane on everyone else before I put it on My Self" (remember that is one of the first things they tell you in the airplane: if there is an emergency, you always put your own oxygen mask on first, before you put it on anyone else including your child!)

It is that Voice that has been Silenced by even the Fairy Tales we are told over and over again as children. Don't complain about being a servant, Cinderella; don't be the prettiest, Sleeping Beauty; don't go into the woods, Gretel, or you will get us lost; I own you, Rapunzel, so you must stay locked up forever as you are mine and belong to no one else because I love you.

We are told the lie that we must put that Oxygen mask on everyone else....the entire plane in fact.... and if We die, well that is just too bad; we should have worked harder to get back to our own mask.

My dear Sister Friend is on her Rescue Quest and I am so happy and proud of her. She is taking time to Listen, to Play and to See what a new Story looks like for her.

So many of us still need to be Rescued. We are trapped in pasts still controlling us. We are trapped in marriages/relationships that seem impossible to get released from. We are trapped in the lies that we now believe are true. We have lost our Voice. BUT like Gretel, we know on the deepest level how to Rescue ourSelves! We know How to get Free. For some of us, like me it meant after 30 years, saying Enough is Enough and leaving for good. For some it means getting counseling, taking medications, going to Yoga, or even a week Quest and then returning and setting the Boundaries that needed to be set so long ago.

And all the while the Sisterhood Web vibrates alerting us all, that another Sister is Trapped and trying to get Released! We KNOW! We sense it! We pray, we send energy, we rejoice and we cry!

But Ultimately We are the Only One Who can Rescue our Self! And that my SiStars is Magickal, Empowering and Changes not only Us but every other Sister who breathes the same air in the Forest! 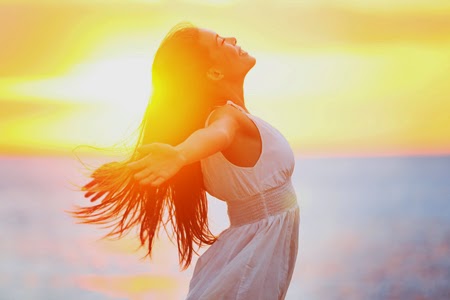